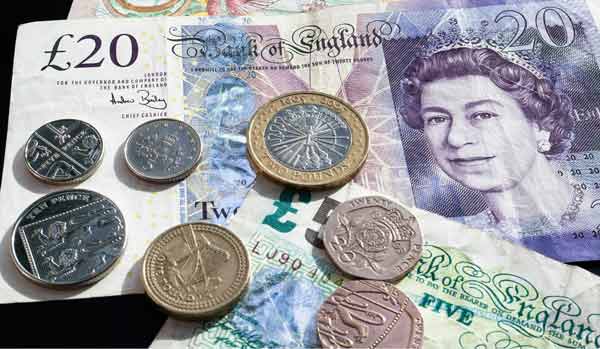 I was told once that Dr Usui, the originator of one version of the reiki healing technique once admonished his students that every patient must pay for their treatment. This sounds rather hawkish and exploitative on the surface, but his explanation reveals a shocking truth – one that opens up an insight into our human urge to value things based on their price. I’ll be asking you: what price do you think your martial arts class is really worth?

Value and price – are they the same?

The story of reiki is an interesting one and possibly lost in the mists of time (I’ll get round to how this is related to the practice of Bud̄ō in a minute), but here is the outline. Dr Usui was a Japanese Zen buddhist who is supposed to have earned a doctorate in theology. He was fascinated by the Christian tales of hands-on healing and determined to find a Buddhist or at least local equivalent.

According to the story, he spent many years practising his new version of this healing, which he called reiki, but he noticed something strange about the people he treated. He often worked among the poorest of the poor and found that when he gave the treatment for free out a sense of compassion, those people would often get sick again straight away or not notice the healing effects, but those from whom he demanded payment (even if it took form of a trade or favour rather than money) would get better sooner, and stay healthy for longer. So he decided to make his patients pay, whether it was by money or by offering to work for him in return, however they could… And his success rate increased.

Modern medicine would easily dismiss this as a simple placebo effect. In medical trials it has been shown that those who have an injection will get better faster than those that take a tablet, even if both are placebo! And those taking a tablet will get better faster even if they KNOW it’s a sugar pill. The more extreme the intervention, even if fake, the more quickly people can heal. This is also why curses and “voodoo” style things would work. If people believed they were cursed, they’d get sick! Humans are weird. But I think the reiki payment thing is not just about this effect (although undoubtedly includes this) but about how we value things in life. Let’s do a thought experiment.

You scrimp and save for years to buy yourself that something luxurious that you’ve always wanted – let’s say a sports car. How do you treat it? I imagine most of us would lovingly polish it every weekend, take care not to scrape it in a car park, get worried every time someone stared at it for too long.

Now, imagine the same thing given to you for free. Not as a present for being a good person, not in a prize you had to enter, just for free. Someone turns up one day and gives you a sports car. How will you treat that? Will you run it into the ground? Or pamper and polish it just the same as if you paid for it yourself? Being honest, I know that I would not care for the free car the same as the one I’d earned even though it is intrinsically just as valuable.

If this hasn’t convinced you, think about something else that’s easier to imagine.

We all need it, we’ll die without it but it is cheap and plentiful here in the west (at least for now). We will resent the price of a loaf of bread if it goes up unexpectedly (“I’m not paying that!”). We’ll eat half of something then throw out the rest. But intrinsically basic foodstuff is one of the most important things in our lives. We can live to an extent without most other things, but not food. We should probably be paying a lot higher percentage of our wages on it. And throwing out a lot less. But it is cheap and readily available and therefore we don’t value it that much!

Societies that have had a history of scarcity of food have a much different relationship with it. They will savour it. Mealtimes are a big deal. Everything stops and the food is treated with almost reverence. But they would laugh their asses off at us happily spending £3 on a cup of artisan coffee and bitching about £1 on a loaf of bread.

My point here is the higher the cost to you, whether monetary or in terms of effort, the more you value something.

The value of Budō

Okay now I’ll get to the martial arts part. What value does martial arts have in your life? To me it gives so much. But it does not cost that much, in money, compared to what it gives. In fact it’s safe to say that the price of any lesson could easily be tripled in terms of its real world returns. What price safety, confidence, community or the many other benefits? Still, sometimes we have that skewed value / price thing in our head.

So you’ll hesitate to spend that £5 a lesson but then pay that for ONE PINT of beer on a night out in a posh pub? Consider that for a minute. I don’t ever like to hear my students say that they can’t afford their lessons and then watch their Facebook feed show pictures of their nights out or their fancy new piece of kit they bought for themselves. To be fair this doesn’t happen often, but when it does…

If you’re earning money, and you’ve got some to spare for stuff for yourself, then you can afford to come to class. Maybe you’ll have to make some sacrifices and re-prioritise. But then it will be more valuable to you and therefore you will probably grow faster, like the person with the hard-earned sports car you will nurture and care for it and have it for years. I expect you’ll get a much greater return for your career in budō. And I have seen this happen, many times.

Of course, there is another price to pay for your martial arts training, one which may be the real reason people beg off training and make excuses over spending less than £10 for two hours of high-level training and this is what I mean by “the hidden cost”: your dedication. It is an effort to attend classes. It is difficult to keep up a consistent schedule. People keep trying to take you away from it. The path of least resistance leads to the sofa and the TV, not the dojo. When you are at your class, you might be expected to perform duties such as putting out mats, cleaning, taking care of the new students etc. It might sometimes feel like you should be the one getting paid. But still, you shell out for the privilege. Why? You get so much more back than you put in. You still need to value the training. Some chores are just what we all expect to do. When in Japan, I get the vacuum cleaner out at the end of a lesson. It’s what you do. Again, a small price to pay.

So, what amount of money and effort would you be prepared to give for something that:

Think about what you can afford. In some cases you might ask, can you afford not to have this?